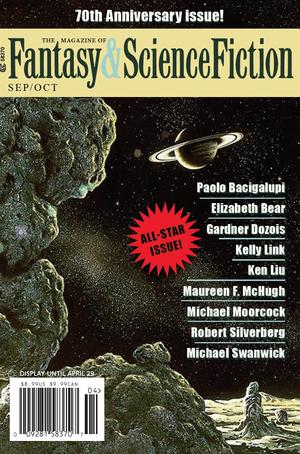 A better than average 70th anniversary issue of the magazine with an unusual fairy tale by Kelly Link, a tale of media destruction by Paolo Bacigalupi, a funny twist on eastern martial arts by Y.M. Pang and other interesting tales by Ken Liu, Esther Friesner and Gardner Dozois.

sohkamyung is storing 83 ebooks on Libreture. Sign up and start your library today!