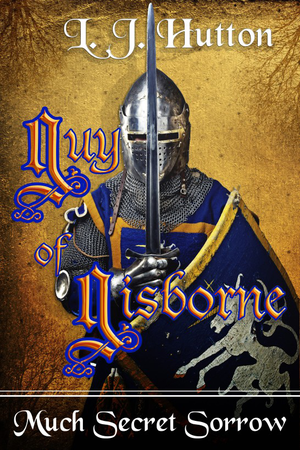 Much Secret Sorrow: Guy of Gisborne 1

Robin Hood: you know the stories, you know the hero – or do you? How did he elude so many sheriffs? Overcome so many adversaries? Alone ...or was there a man on the inside? History paints Sir Guy of Gisborne blacker than black, the enemy of a great English hero, but on his death-bed Guy reveals to his confessor the secrets of his double life – as spy and covert enemy of the very sheriffs he served

This book pulls you into a richly detailed 12th Century world of politicking lords, dangerous Welsh border raids and a likeable protagonist in the form of Guy of Maebury. A careful, steady feed of recognisable, but not yet legendary, characters tops it all off.

The slow build-up is worth it and does contribute to a much livelier, fuller world and more meaningful character motivations.