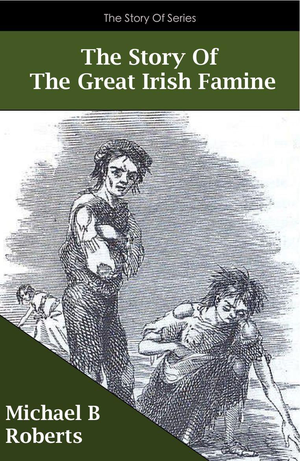 The Story of The Great Irish Famine

by Michael B Roberts

If 1916 is the founding myth of the Irish state then the famine is the founding tragedy.
It was a tragedy on a truly epic scale, the events of the famine came to pass not in one of the worlds poorest nations, but in what was at the time part of metropolitan Britain (following the Act of Union of 1800).
Caused by the destruction of the staple food of the ordinary Irishman and women, the potato, by blight. the famine resulted in the massive depopulation of Ireland through death and emigration.
In The Story of The Great Irish Famine, Michael B Roberts explores the conditions that led to this tragedy and the reaction of government ministers. He looks at what was done to relive poverty and starvation and what more might have been done.
A primer for anyone seeking their first introduction to the topic or to understand more about oneof the most important events in Ireland's history.

sakina is storing 177 ebooks on Libreture. Sign up and start your library today!